The 5 Keys to a Healthy Marriage - Divorce Help 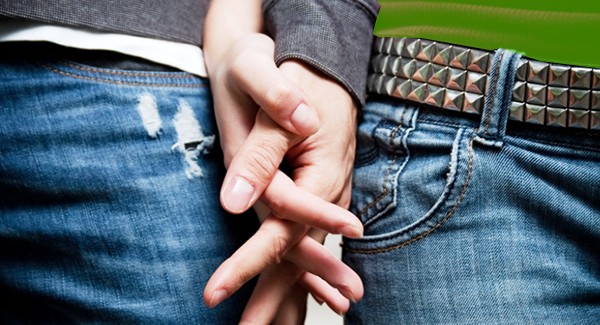 With the divorce rate in the United States hovering at about 47% couples are asking what they can do to secure a marriage that will stand the test of time. Marriages often collapse because partners heading down the path toward the aisle are unprepared to handle what is yet to come.

Generational views about marriage transform through the years. Over the span of the past century there have been three phases of American views on marriage. First was the “institutional” phase in which marriages represented an economic union. Next was the “companionate” phase in which marriages were defined by the degree to which each spouse could fulfill his or her marital role. Now, in the “me generation,” spouses are more concerned with their own levels of happiness and fulfillment. Partners in marriages are now more independent than they used to be, and gender roles are no longer defined by a clear line drawn in the sand. “Because people have left the farm, and because women have achieved financial parity, married people need new reasons to stay together,” said Steven Nock, a professor of sociology who studies marriage at the University of Virginia. With this modern generation of newlyweds has come a slew of new advice. We have condensed it down into five simple rules to live by in order to maintain a healthy marriage.

Once the wedding dress has been boxed and stored away, the tan from the honeymoon has faded and life has retuned to its routine, many couples become frustrated with the realities of marriage. We as a society are often placed under a spell enhanced by films and television, and create a false perception of the idea of marriage. Many of us make the mistake of thinking that when we tie the knot we are destined to live happily ever after. Before entering into matrimony, couples need to understand that arguments are surely to come, personalities can change and there will eventually be financial and personal obstacles to get through together. Research shows that conflict levels do not vary much over the course of a marriage. That means that if a couple is in a highly argumentative relationship prior to tying the knot, things aren’t likely to change. Marriage has never been a solution to a high-conflict relationship, and will never fix already existing problems.

While spending too much time apart and choosing not to integrate friends and hobbies can destroy a marriage, it is important for spouses to maintain and enjoy their own established identities. This keeps people feeling validated as individuals. Do things together, spend time apart, and recognize what time is appropriate for each. Go out of your way to share in your spouse’s interests, even if you find them to be silly, boring or superficial. This exhibits your willingness to try new things in order to more deeply understand your spouse and spend more quality time with him or her. Regardless of what the activity is, your spouse will appreciate your effort. Who knows, you might even end up having a good time! You must always understand that time apart is crucial to a marriage as well. As nice as it is to have mutual groups of friends, keeping your “girl’s night out” or “boys poker night” is equally as important. When many couples marry they tend to alienate their friends and create a world in which nothing can exist without the other person. Unfortunately, many marriages end because later on one spouse feels that they never have any time to themselves and that they lose their own identity. The two of you should always remain true to yourselves. It is a validating feeling to know that if anything were to happen to destroy the partnership, you as a person will not become undone.

We know that having the financial conversation isn’t sexy. It can get uncomfortable and might spur arguments or doubts about the future. But that’s why it’s so important to have the dreaded discussion before tying the knot. Communicate about your finances, set goals together and budget as a couple. No one likes a surprise ten thousand dollar debt or finding out down the road that their partner is a shopaholic. Discuss a prenuptial agreement, or a post-nup if you are already married and didn’t get that out of the way before walking down the aisle. Talk about your debts, your assets, spending habits and financial expectations. The largest element that leads to divorce is poverty and financial stress. Marriages whose household income is below the median have a greater tendency of ending in divorce. States with a lower base working-class compensation than surrounding states typically have higher divorce rates. Having a complete understanding of your financial situation, be it good or bad, will make future obstacles easier to overcome.

4. Go out Together and Have Lots of Sex

The simple fact is that the longer couples are together, the better they get to know what each other enjoys. So since married sex is better, why do so many married couples fall out of sync with each other in the bedroom? It’s human nature to crave novelty –  something unpredictable and out of the ordinary. That’s what typically makes spouses cheat, especially when they are only searching for a physical diversion from their reality. So it’s important for couples to mix it up, ask questions to ensure each partners’ satisfaction and to stay playful. Not only is the intimacy itself important, the feeling of being attracted and desired keeps couples from wanting to find that self-satisfaction elsewhere. Keep up the weekly date nights, try new foods, get out of your routine and keep the tradition of having the husband pick up the tab once in a while.

5. Respect Yourself and Each Other

Okay, sure – this one sounds simple and self-explanatory. We’re here to reiterate just how essential it is. Respect is not only a vital key to a healthy marriage, but a necessity in a flourishing life. When spouses demonstrate support and acceptance for each other, the marriage maintains intact. Partners should always recognize the opinions of the other, refrain from talking down to one another and hold each other in high esteem, especially in public. After all, when you took your vows you committed to being a team. While a healthy level of competition can promote progress and forward development, rivalry can exhibit a notion of disrespect. Respecting yourself is just as important as supporting your spouse. If you aren’t getting it, it’s time to have an important conversation with your partner. For a marriage to stand the test of time, love, support and respect must always exist.

The 5 Most Expensive Divorces of All Time